The History of Taiji 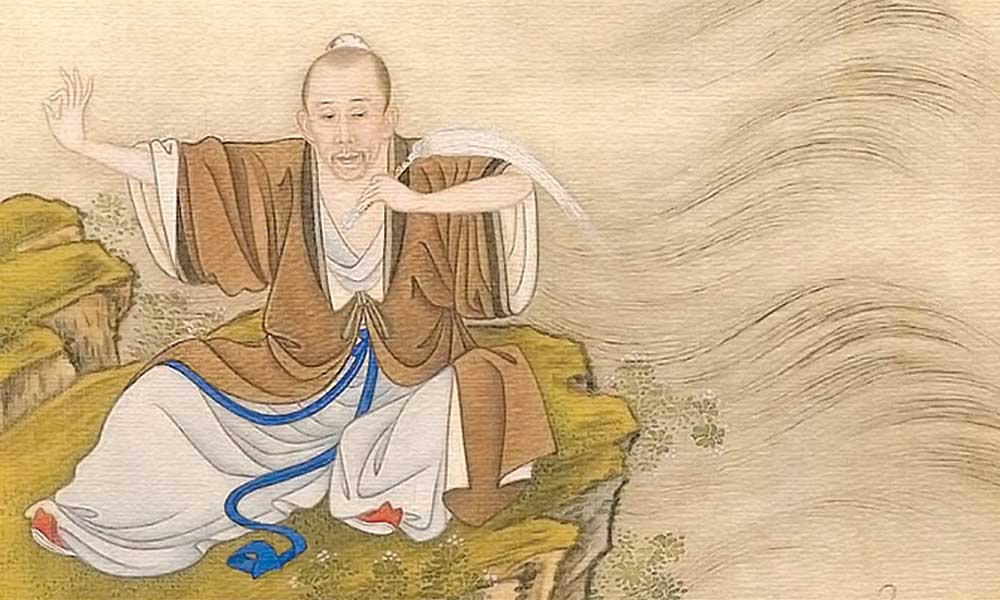 When we think about Taiji, it isn't that important to get bent over backwards about it's history, but in this article we will touch on what facts and possible fictions there are surrounding Taiji. I say Fictions, because some of its history may be just legends of old or maybe they are facts, who knows for sure.

Let's talk about the oldest of its history, starting with Zhang Sanfeng. Zhang Sanfeng was a legendary Chinese Taoist who is said to have created Tai Chi / Taiji. Legend has is he had achieved immortality. According to various accounts, he was born in Shaowu, Nanping, Fujian during the Southern Song dynasty and lived for over 307 years until the mid-Ming dynasty.

Zhang Sanfeng is purported as having created the concept of neijia (內家) in Chinese martial arts, specifically taijiquan, a Neo-Confucian syncretism of Shaolin martial arts with his mastery of daoyin (or neigong) principles. On one occasion, he observed a bird attacking a snake and was greatly inspired by the snake's defensive tactics. It remained still and alert in the face of the bird's onslaught until it made a lunge and fatally bit its attacker. This incident inspired him to create a set of 72 taijiquan movements. He is also associated with the Taoist monasteries in the Wudang Mountains.

Zhang Sanfeng was also an expert in the White Crane and Snake styles of Chinese martial arts and in the use of the jian (double-edged Chinese sword). According to 19th century documents preserved in the archives of the Yang and Wu-styles taijiquan families, Zhang Sanfeng's master was Xu Xuanping, a Tang dynasty Taoist poet and daoyin expert. The taijiquan families who honour Zhang Sanfeng as the creator of taijiquan traditionally celebrate his birthday on the ninth day of the third month in the Chinese calendar.

As for the origin and nature of modern Chen-style taijiquan, documents from the 17th century indicate the Chen clan settled in Chenjiagou (Chen Village, 陳家溝), Henan province, in the 13th century and reveal the defining contribution of Chen Wangting (陈王庭; 1580–1660). It is therefore not clear how the Chen family actually came to practise their unique martial style and contradictory "histories" abound. What is known is that the other four contemporary traditional tai chi styles (Yang, Sun, Wu and Woo) trace their teachings back to Chen village in the early 1800s.

Chen Village (Chenjiagou)
According to Chen Village family history, Chen Bu (陳仆; 陈卜) was a skilled martial artist who started the martial arts tradition within Chen Village. The Chen family were originally from Hong Dong (洪洞), Shanxi (山西). Chen Bu, considered to be the founder of the village, moved from Shanxi to Wen County (溫县), Henan Province (河南) in 1374. The new area was originally known as Chang Yang Cun (常陽村) or Sunshine village and grew to include a large number of Chen descendants. Because of the three deep ravines (Gou) beside the village it came to be known as Chen Jia Gou (陳家溝) or Chen Family creek / brook. For generations onwards, the Chen Village was known for their martial arts.

Some legends assert that a disciple of Zhang Sanfeng named Wang Zongyue (王宗岳) taught Chen family the martial art later to be known as taijiquan. 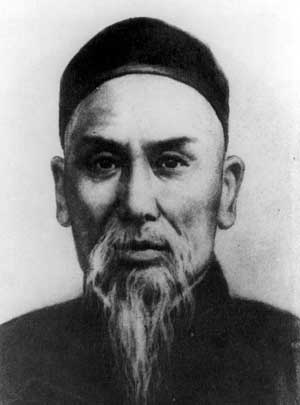 Yang Style history starts with Yang, Lu-chan (楊露禪) (a.d. 1799-1872), also known as Fu-kuai (福魁) or Lu-chan (祿纏). He was born at Yong Nian Xian, Guang Ping County, Hebei Province (河北，廣平府永年縣). When he was young he went to Chen Jia Gou in Henan province to learn taijiquan from Chen, Chang-xing. When Chen, Chang-xing stood he was centered and upright with no leaning or tilting, like a wooden signpost, and so people called him Mr. Tablet. At that time, there were very few students outside of the Chen family who learned from Chen, Chang-xing. Because Yang was an outside student, he was treated unfairly, but still he stayed and persevered in his practice.

One night, he was awakened by the sounds of "Hen" (哼) and "Ha" (哈) in the distance. He got up and traced the sound to an old building. Peeking through the broken wall, he saw his master Chen, Chang-xing teaching the techniques of grasp, control, and emitting jin in coordination with the sounds “Hen” and “Ha.” He was amazed by the techniques and from that time on, unknown to master Chen, he continued to watch this secret practice session every night. He would then return to his room to ponder and study. Because of this, his martial ability advanced rapidly. One day, Chen ordered him to spar with the other disciples. To his surprise, none of the other students could defeat him. Chen realized that Yang had great potential and after that taught him the secrets sincerely.

After Yang, Lu-chan finished his study, he returned to his hometown and taught taijiquan for a while. People called his style Yang Style (Yang Quan, 楊拳), Soft Style (Mian Quan, 綿拳), or Neutralizing Style, (Hua Quan,化拳) because his motions were soft and able to neutralize the opponent's power. He later went to Beijing and taught a number of Qing officers. He used to carry a spear and a small bag and travel around the country, challenging well-known martial artists. Although he had many fights, he never hurt anybody. Because his art was so high, nobody could defeat him. Therefore, he was called "Yang Wu Di" (楊無敵) which means "Unbeatable Yang." He had three sons, Yang Qi (楊琦), Yang Yu (楊鈺) also called Ban-hou (班侯), and Yang Jian (楊鑒) also called Jian-hou (健侯). Yang Qi died when he was young. Therefore, only the last two sons succeeded their father in the art. 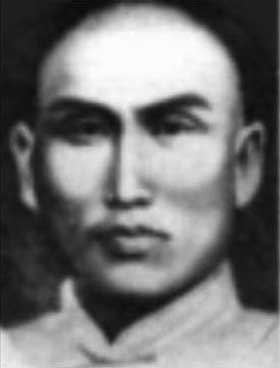 Yang's second son, Yang, Yu (A.D. 1837-1890), was also named Ban-hou. People used to call him "Mr. The Second." He learned taijiquan from his father even as a child. Even though he practiced very hard and continuously, he was still scolded and whipped by his father. He was good at free fighting. One day he was challenged by a strong martial artist. When the challenger grasped his wrist and would not let him escape, Yang, Ban-hou used his jin to bounce the challenger away and defeat him. He was so proud that he went home and told his father. Instead of praise, his father laughed at him because his sleeve was torn. After that, he trained harder and harder, and finally became a superlative taijiquan artist. Unfortunately, and perhaps not surprisingly, he didn't like to teach very much and had few students, so his art did not spread far after he died. One of his students called Wu, Quan-you later taught his son Wu, Jian-quan (吳鑒泉), whose art became the Wu Style Taijiquan. Yang, Ban-hou also had a son, called Zhao-peng (兆鵬), who passed on the art. 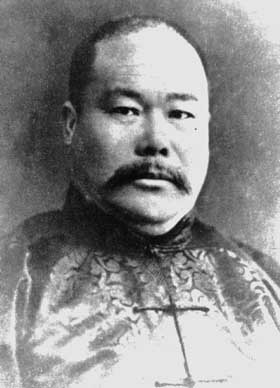 The third son of Yang, Lu-chan was Yang Jian (A.D. 1842-1917), also named Jian-hou and nicknamed Jing-hu (鏡湖). People used to call him "Mr. The Third." He also learned taijiquan from his father since he was young. His personality was softer and gentler than his brother's, and he had many followers. He taught three –postures—large, medium, and –small—although he specialized in the medium posture. He was also expert in using and coordinating both hard and soft power. He used to spar with his disciples who were good at sword and saber, while using only a dust brush. Every time his brush touched the student's wrist, the student could not counter, but would be bounced away. He was also good at using the staff and spear. When his long weapon touched an opponent's weapon, the opponent could not approach him, but instead was bounced away. When he emitted jin, it happened at the instant of laughing the "ha" sound. He could also throw small metal balls called "bullets." With these balls in his hand, he could shoot three or four birds at the same time. The most impressive demonstration he performed was to put a sparrow on his hand. The bird would not be able to fly away because, when a bird takes off, it must push down first and use the reaction force to lift itself. Yang, Jian-hou could sense the bird's power and neutralize this slight push, leaving the bird unable to take off. From this demonstration, one can understand that his listening jin and neutralizing jin must have been superb. He had three sons: Zhao-xiong (兆熊), Zhao-yuan (兆元), and Zhao-qing (兆清). The second son, Zhao-yuan died at an early age.

Yang, Jian-hou's first son, Yang, Zhao-xiong (A.D. 1862-1929), was also named Meng-xiang (夢祥) and later called Shao-hou (少侯). People used to call him "Mr. Oldest." He practiced taijiquan since he was six years old. He had a strong and persevering personality. He was expert in free fighting and very good at using various jins like his uncle Yang, Ban-hou. He reached the highest level of taijiquan gongfu. Specializing in small postures, his movements were fast and sunken. Because of his personality, he didn't have too many followers. He had a son called Yang, Zhen-sheng (振聲).

Yang, Jian-hou's third son was Yang, Zhao-qing (兆清) (A.D. 1883-1935), also named Cheng-fu (澄甫). People called him "Mr. The Third." His personality was mild and gentle. When he was young, he did not care for martial arts. It was not until his teens that he started studying taijiquan with his father. While his father was still alive Yang, Cheng-fu did not really understand the key secrets of taijiquan. It was not until his father died in 1917 that he started to practice hard. His father had helped him to build a good foundation, and after several years of practice and research, he was finally able to approach the level of his father and grandfather. Because of his experiences, he modified his father's taijiquan and specialized in large postures. This emphasis was completely reversed from that of his father and brother. He was the first taijiquan master willing to share the family secrets with the public, and because of his gentle nature he had countless students. When Nanking Central Guoshu Institute (南京中央國術館) was founded in 1928, he was invited to be the head taijiquan teacher, and his name became known throughout the country. He had four sons, Zhen-ming (振銘), Zhen-ji (振基), Zhen-duo (振鐸), and Zhen-guo (振國).