This is the lineage of the Kung Fu you are learning. This shows where the style of Kung Fu came from and how it got to you. 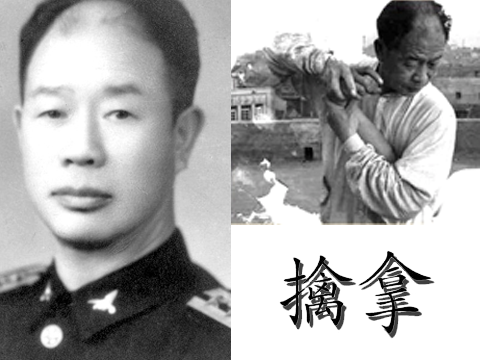 An expert in Chin Na

Our Chin Na Sets are from what is seen being taught by Han Ching Tung.

Han, being from southern China, also where Peter's wife is from, leads us me to believe the studied with Han Ching Tung.

This is coberated by Master Gary Torres, a senior student of Peter Kwok, who has in Peter's hand writing this name. 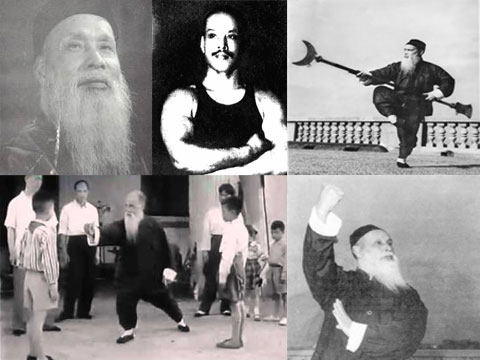 Shaolin Master known for his Cha Chuan and Tan Toi

Wang, Zi-Ping was born in Hebei Province, in a town called Cang, also known as Cangzhou 1881 and died at 93 years old.

He started his Wushu training at age six and became an expert in many styles of Wushu.  He was well versed in all the major weapons, in qinna, shuaijiao, free fighting, hard qigong, soft qigong, light body techniques and many more.

He was acclaimed as a well rounded martial artist.  At the same time, he was also a famous expert in traumatology.  He combined his adept knowledge of qinna with his bone setting skills.

Wang Zi Ping was an expert in Baji, Pigua, Xingyi, Taiji, Chaquan, Huaquan, Hongquan, and Paoquan… He can lift over one thousand pounds of weights and therefore was better known as a Thousand Pound strong man, more than an expert in Wushu. 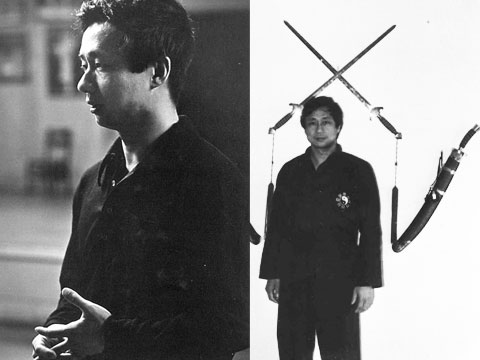 The Shaolin lineage of the Peter Kwok system is murky at best.  Unfortunately, China Hand Kung Fu Academy only knows a couple facts about whom Grandmaster Peter Kwok studied Shaolin with.

We were told that Peter Kwok started his training at the age of 7 years old.  His father was a Shaolin Master and his first teacher.

Peter had many teachers throughout his life.  The names of those teachers are not available.

However, we were told Peter did study with the late Master Wang Zi Ping, a famous Shaolin, Cha Chuan, Tan Toi, and Ba Gua expert and Han Ching Tung. 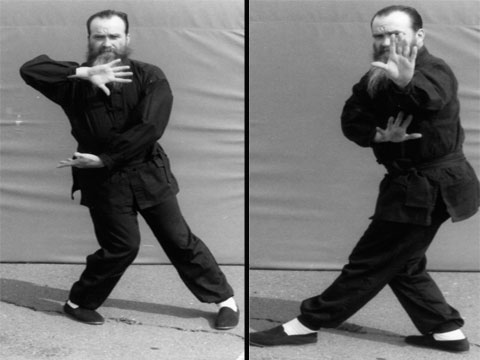 His background in the martial arts before beginning training in Kung Fu was a few months of Judo in the U.S. Navy and then two semesters of Karate through Brookdale Community College.

He studied Kung Fu as a private student with the Peter Kwok Kung Fu Academy from 1978 to 1984. 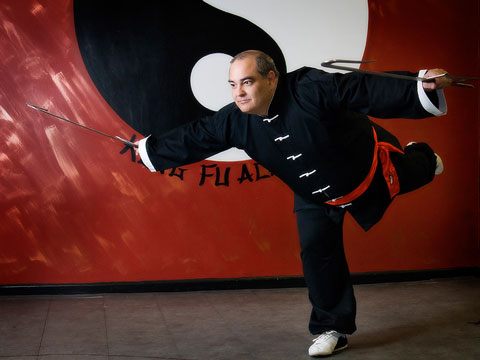 Dominick Ruggeri started his Kung Fu training in Spring of 1983 at the age of 23 year old.  His first class was at Brookdale Community College were he took a Tai Chi and Shaolin class which was offered on the same night.  Prior to this, he had no martial arts training.

After completing this 8 week community education class, he continued to practice what he had learned on his own until the end of that summer.  Then, in September of the year, he started private study with Patrick Hanvey and Mark Gates.  His main style of practice was Northern Shaolin Long Fist.  After completing this material, he then continued on to study Tai Chi Chuan, Pa Kua Chuan, Hsing Yi Chuan, and Qigong.

After completing Shaolin training with Pat and Mark, Dominick was introduced to Master Randy Elia of Peter Kwoks Kung Fu Academy in February of 1993, where he then continued his training in Northern  Shaolin Chuan and internals practices.

In July of 1990 Dominick became a full partner of the Academy and began instructing students on behalf of the Academy.  The Academy was a part-time endeavor in addition to his full time regular job.

Then in March of 1993, he opened his own location in Brick, New Jersey to the teach arts which he had learned.  In September of 1998, Dominick left his full time position to embark on a new career in providing Kung Fu training on a full time basis to all those who wished to learn.  In addition, he has been doing massage therapy since 1996. 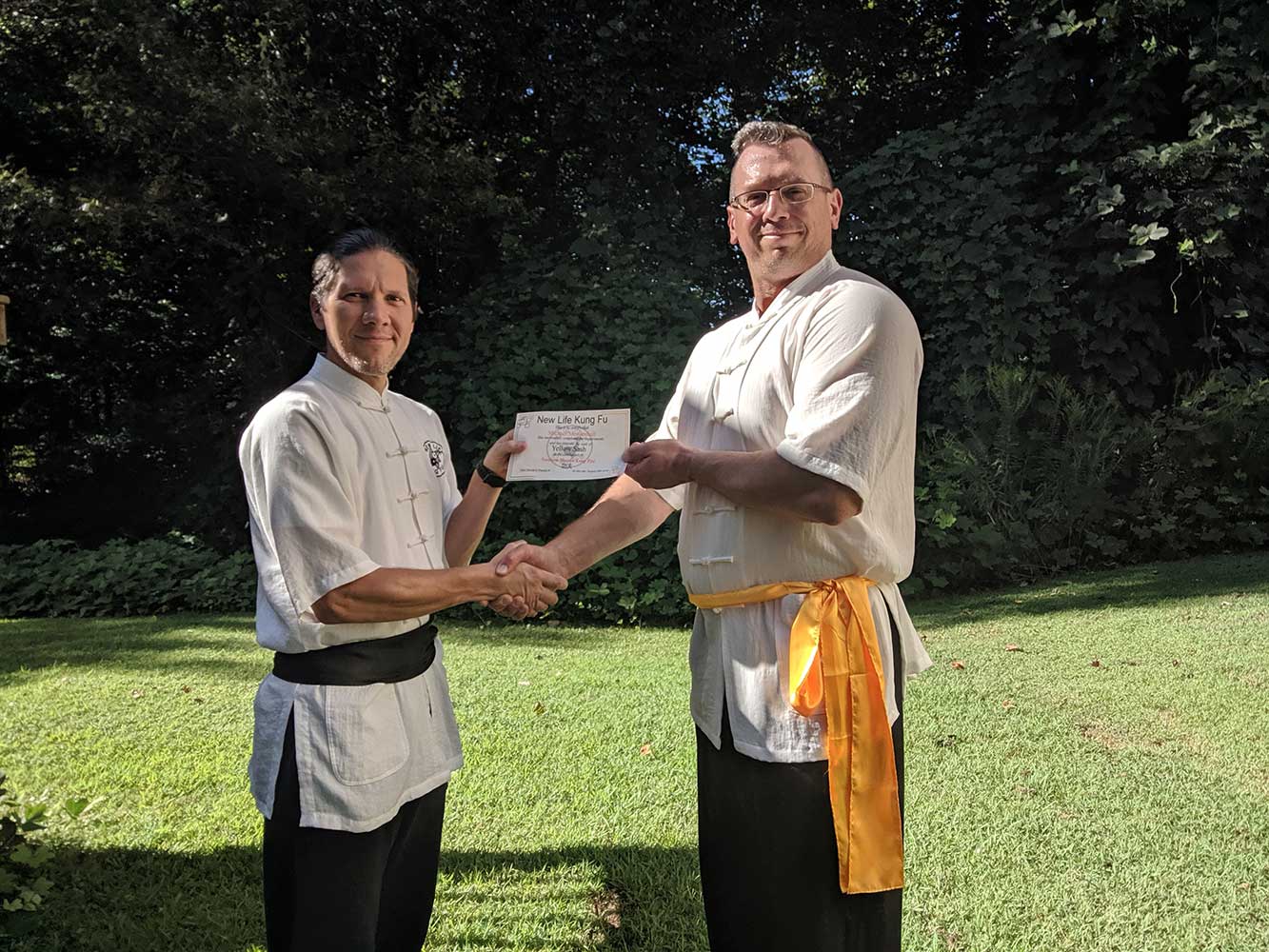 Sifu Don started his Kung Fu training in the Spring of 2005 at the age of 31. His first school was Vo Duong Phi Son Nhan were he learned Vietnamese Shaolin Kung Fu from Grand Master Nguyen.

Sifu Don feels that Kung Fu is an ever developing skill that keeps the body and mind in tip top shape.