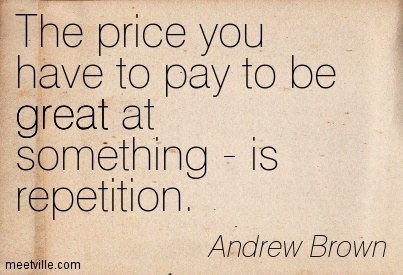 New Life Kung Fu's purpose is to bring the great art of Chineses Kung Fu to the Spartanburg South Carolina area. Zhidao Don is committed to each students progress and has a personal interest in their training and development.

Chinese martial arts is described as the combination of your external or physical body  and your internal or spirit. Where you begin your Kung Fu Journey begins on your age. Students under the age of 16 will begin their Kung Fu training externally. Meaning they learn how to condition your body, stretching, basic techniques, forms and breathing. By mastering these external techniques a student has a strong foundation and is ready to build upon their skills.

Students 16 and older begin their Kung Fu Journey Internally. Neijing, usually translated as internal martial arts, occupied with spiritual, mental or qi-related aspects, as opposed to an "external" approach focused on physiological aspects. The distinction dates to the 17th century, but its modern application is due to publications by Sun Lutang, dating to the period of 1915 to 1928. Neijing is developed by using neigong, or "internal exercises," as opposed to "external exercises" (wàigōng 外功)Next the student is introduced to the staff or Gun in Chinese. As the student progresses they continue to gain strength, speed and coordination. In learning Shaolin Kung Fu the student also learns about commitment, concentration and self discipline.

Kung Fu becomes a way of life and is practiced throughout your the students life.

We welcome students of all ages, but we recommend the student be at least 5 years old to begin.

My name is Donald Francis and I started my Kung Fu training in the Spring of 2005 at the age of 31.  My first class was at Vo Duong Phi Son Nhan were I learned 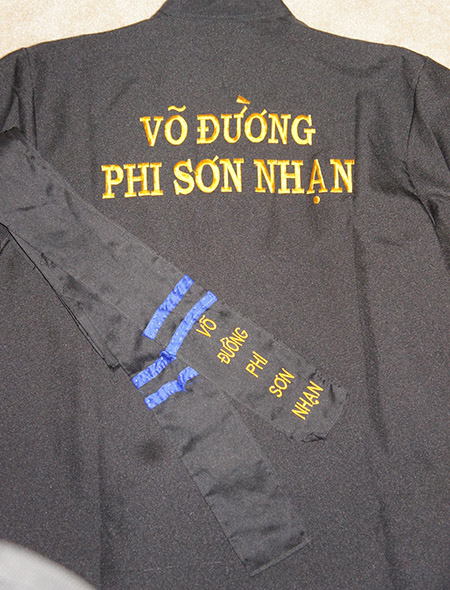 Note the black sash in the picture to the right. In this style of  Vietnamese Shaolin Kung Fu a new student starts as a black sash and finishes as a Grand Master with a white sash. Their ranking structure was reverse of most traditional schools where white sash is the lowest and red or black sash is the highest. I say red or black, because some schools consider red sash the highest opposed to black. Prior to this Kung Fu class I had followed the martial arts since I was a young boy. It was always my passion to one day teach others.

I continued to build upon my skills learned at Vo Duong Phi Son Nhan and in the winter of 2007 I formally started my training in Northern Shaolin Long Fist Kung Fu. I started studying under Shifu Dominick Ruggeri of China Hand Kung Fu. Dominick is a 2nd Degree Black Sash in Shaolin Chuan Northern Shaolin Kung Fu. Through Dominick's teachings I was able to receive my certifications in Elementary and Basic Northern Shaolin Chuan. Which included 12 Road Tan Tui, Lien Bu Quan and Gung Li Quan 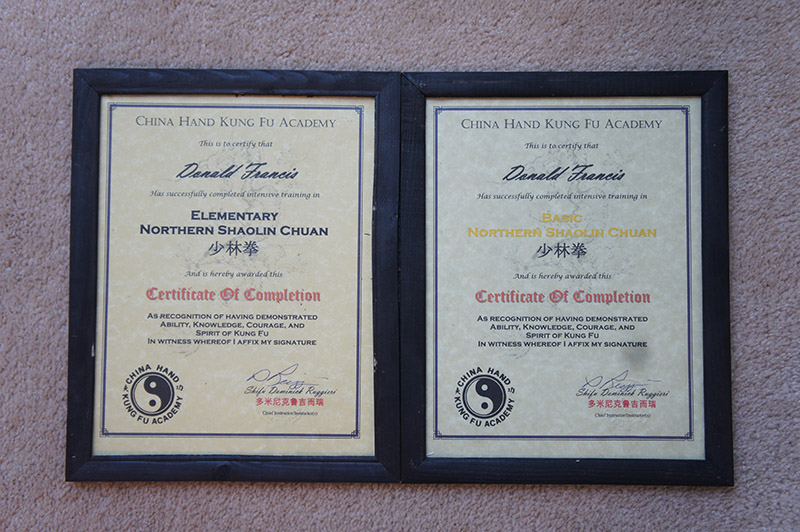 Through further studies Zhidao Don was able to add the staff, saber and spear to his curriculum. 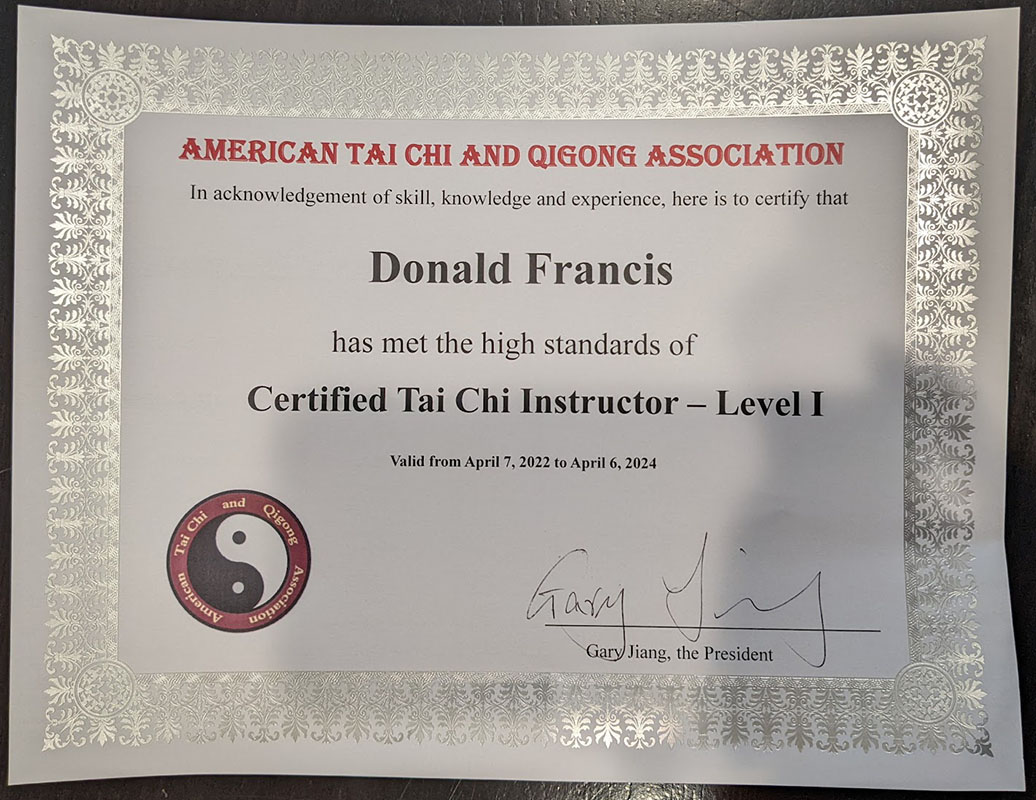 Zhidao Don feels that Kung Fu is an ever developing skill that keeps the body and mind in tip top shape.

Kung Fu is a Lifelong Journey!! 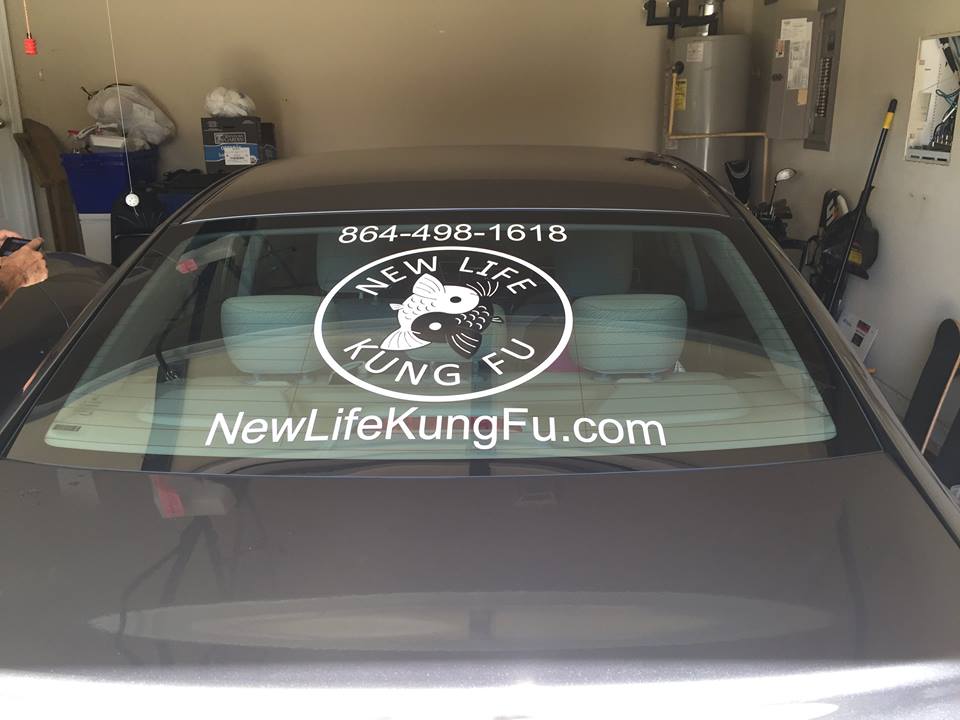 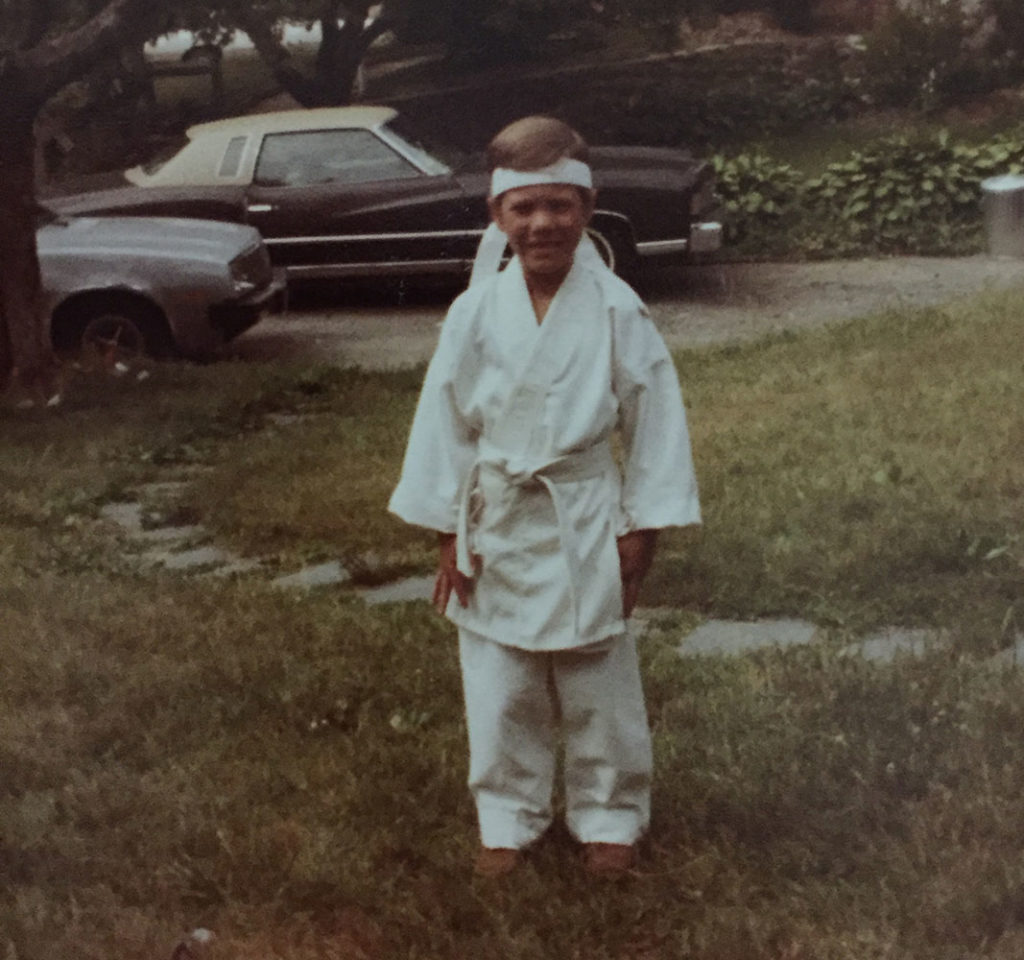